Hit enter to search or ESC to close
AsiaEuropeUnited Kingdom 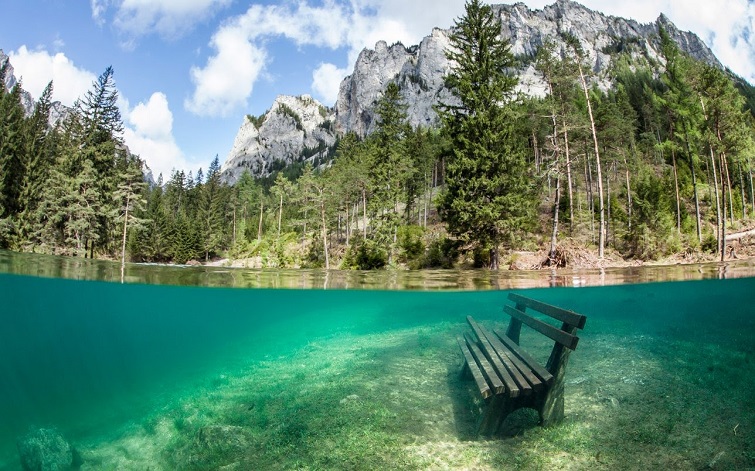 Everyone has heard about the natural wonders of the world like Niagara Falls and the Grand Canyon. Some are famously known due to their sheer sizes while some have many mesmerising facts within. No matter what the reason behind their popularity, Beauty of these natural wonders will definitely leave everyone in awe.

There are a number of locations and places on this beautiful earth that seem almost alien as if they are from a planet very different than ours. Some are so strange that even the scientists have no possible explanation as to how they can be real. Places that will truly leave you wondering, not only because of their beauty but also because they defy all scientific laws and are unique in their own. Here are some scientifically impossible places that actually do exist in the world. Let’s have a look:

The Beacon of Maracaibo 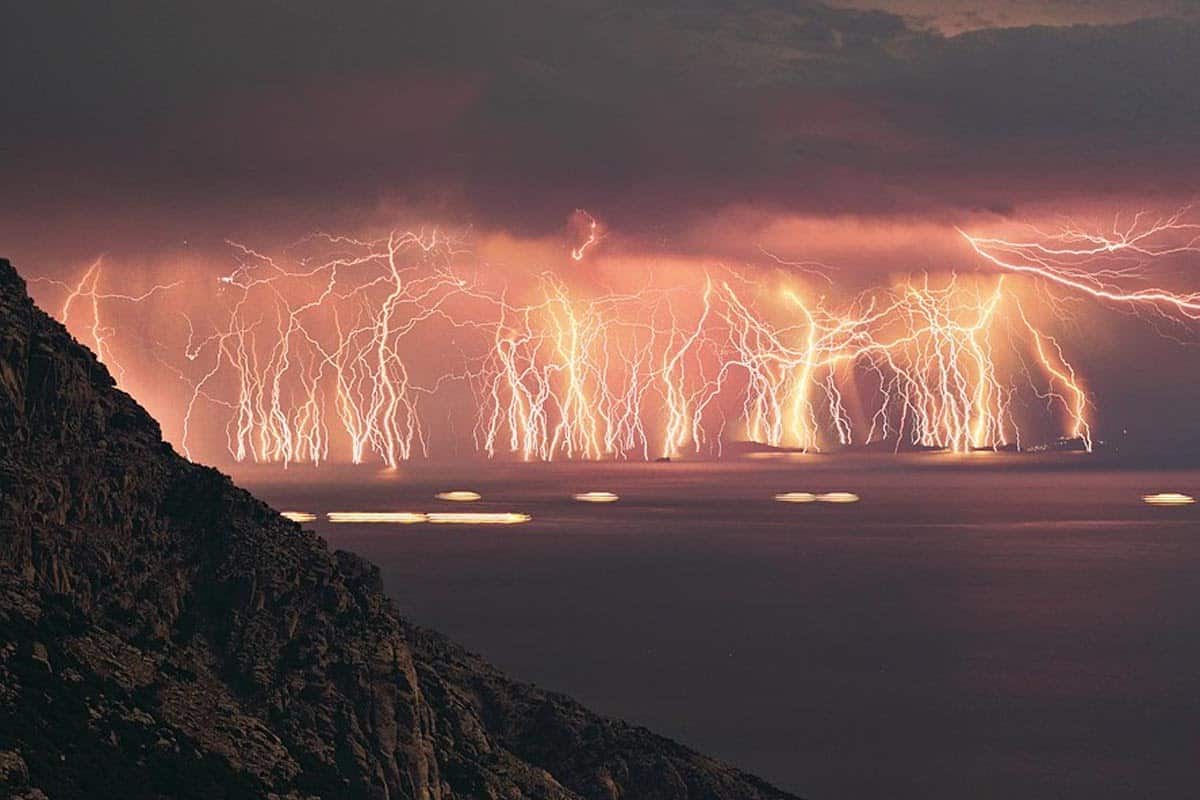 A storm that never ends, anyone who is afraid of lightning should avoid visiting western Venezuela. Every night, starting at around 7 PM lightning comes crashing over the water of the Catatumbo river for ten hours every night, 260 nights every year. The reason why this happens is still a mystery. The running theory is that the uranium in the bedrock has something to do with this phenomenon. Some others believe that this is due to the shape of the mountains in the area causing warm winds to collide with cold gusts from the Andes. Everything about this is shrouded in mystery, including one moment in 2010 when the storm suddenly died down without any explanation. But then after 6 weeks of silence, it sparked again.

This place can easily be counted amongst the most beautiful places of the world. This sulphur mine which is built into a volcano is located in Indonesia, workers here don’t use lights to navigate as there is no need. Their path is lit by a strange bright blue glowing liquid trickling down the sides of the mine. The volcano is commonly known as the volcano with blue lava due to this phenomena. Although now it is understood that the liquid isn’t really lava, its sulphur. This place although looks beautiful but isn’t safe to wander into. The atmosphere here is toxic due to all the sulphur gases present in the air and you have to wear gas masks to survive.

The Blue Pond of Hokkaido 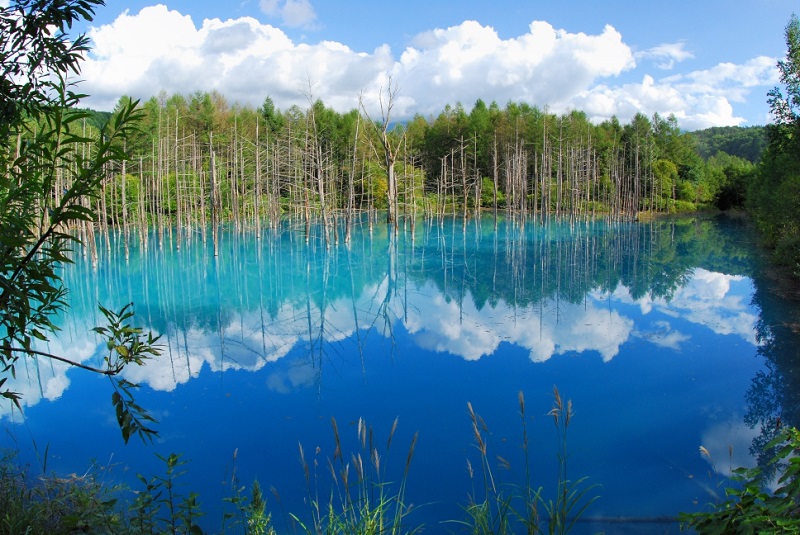 This lake located on the Japan island of Hokkaido is unlike any other on the planet. The water here is unique, electric shade of blue that shimmers and changes its shade when you look from different angles. The colour also changes with the seasons, varying through the shades of blue and green. This lake is actually man-made, locals made a dam to collect the water. And to everyone’s surprise, the water collected here changes colours. The most popular theory as to why this occurs is that there is aluminium hydroxide mixed in it. These particles reflect blue light unusually well, making the reflection of the sky far more beautiful and vivid than any other body of water on the planet.

In the Austrian mountains, there is a park with breathtakingly beautiful hiking trails and benches you can rest on after a nice jog any autumn morning. But in springs of Austria it would be a little difficult, and you will need scuba gear since the park goes under water. The park is near Hochschwab mountains, which receive a heavy snowfall during the winter. When the snow melts the parks lake doubles in size and the whole park becomes submerged. Then somewhere around mid-summer, the water starts to recede, and the park emerges from underwater. 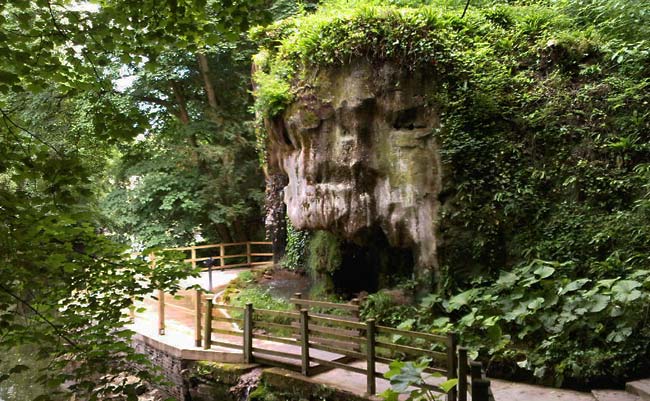 At the North Yorkshire,UK in the town of Knaresborough, there is a well that seems like something ripped from a horror story. The water trickles down the side of a cliff wall that resembles a skeleton’s grinning face. The scariest thing about this place is that whatever you place under the water will turn to stone. This doesn’t happen overnight, and it takes about three to five months, but anything you leave under the water will definitely turn into stone. In the old times, people believed that a witch cursed the well. The reason for this is due to the unusually high content of minerals in the water, which creates a hard mineral shell over anything it touches.

So, these are some of the most fascinating places on the planet that seem like they are somewhere from an alien world.